Business jargon – why it goes on

Business jargon has been a laughing stock for years. Everyone says they want to get rid of it. But still it goes on. Websites, reports and speeches are littered with paradigms, stakeholders and matrices. Why? Perhaps it’s because it isn’t just an affectation, but a protective layer that many people just cannot shed. It hides too deep a lack of self-esteem. It’s because the fear of being mocked for using jargon is nothing to the fear of looking stupid.  Or as Scott Adams, creator of the Dilbert cartoon, said: “I think it’s a surrogate for being confident.” 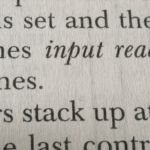 I was once asked to edit a business report that contained the word ‘utilise’. So I did what I always do and replaced it with ‘use’.  This is because I have yet to find a sentence in which ‘utilise’ means anything more than ‘use’. The next day I spoke with the manager in charge of the project and he said: “I know what you mean about that ‘utilise’ thing, but do we have to just say ‘use’?  Can’t we find a higher-value word?”

‘A higher-value word?’ Interesting phrase. I thought I’d heard it before, but couldn’t remember when.  I responded by asking the manager what he meant and gradually drew out the fact that he was concerned that his report should be “impressive” to its audiences. And I guessed that he thought that being impressive meant using – or presumably ‘utilizing’ – words that were long, or at least a little removed from what ordinary people say in everyday situations. Conversely, if he used simple words, people might judge him to be, well, simple. A little later in the conversation – to test my theory – I suggested saying something like “Cross-functional teamwork enhances our capacity to deliver ground-breaking solutions”. He loved it! I’d found one person’s motivation for using convoluted business jargon.

I was grateful to this guy. I think he was being honest about something that many people feel but probably wouldn’t admit. I think some people have a sense that to make a good impression you need to use a special kind of language. It’s the linguistic equivalent of wearing a suit instead of T-shirt and jeans. At the middle management level, it can be something of a weapon in the corporate battle-ground. If I say “We need to have better relationships with our suppliers”, then I’ve made my opinion clear, but I’ve opened myself up to criticism. Someone can disagree by pointing to the wonderful procurement project they just completed. Someone else can put me down by saying ‘Well, that’s obvious’.  But if on the other hand I say “I think there’s always scope for deepening the partnership dimension of the interfaces all along the value chain”, no-one dismisses it as obvious. And if someone then raises the procurement project, I can tell them that, of course, this was indeed the very project I was thinking of when I made that remark – as well as several others of course.  Confronted with a real jargon supremo, many people just fold, nodding sagely, but feeling stupid.

So there is a real reason for using jargon – not a very nice one – and indeed I have had a few clients, a small minority, who have actively wanted it. They have come to me as a ‘writer’ in the belief that I will provide words that sound good – not words that tell the story – but words that make an impression.  Typically such clients have been managers asking for help in putting together a paper – perhaps their first paper – to be read by senior executives. My hunch is they are terrified of looking stupid and are looking to me to wrap their vulnerable thoughts – or lack of any distinctive ideas – in verbal armour. This is absolutely the wrong instinct, because the more words are used to impress, the less they communicate.  And once you reach the real decision-makers in business, the CEOs and Chairmen, they have no time for ambiguous words or phrases. They need to understand things clearly and be able to express things clearly in their own turn. They want to hear the facts in direct terms. Customers, too, want plain speaking. The audiences that matter aren’t impressed by long words, but by clear ones. 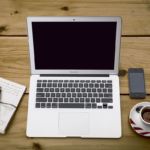 In the academic world, as well as business, there is a tendency to use words to impress. At college I quickly understood the game and set out to dazzle professors and examiners with obscure words and elaborate sentences. And it worked. I got good grades in all my exams. But I then went to work for a local newspaper, the Surrey Mirror, and came down to earth with a bump. My first news editor told me: “You’re not writing for your professors now. You’re writing for Mr and Mrs Miggins in Acacia Avenue. Make it snappy. And make it sing.”   Making it snappy – and making it sing – was harder than any academic essay I had ever written. Explaining complex things in simple language – which is what journalists do – is much harder than explaining simple things in complex language. The odd thing is that it doesn’t look it. Because the individual words are not themselves unusual, it looks like something anyone could do. But it isn’t.  It is harder to communicate – to genuinely communicate – than simply to impress.  It’s easier to use abstract words that can mean several things, and are therefore confusing, than to find tangible words that accurately describe the uniqueness of a situation.

Once you have moved from a world of verbosity and ambiguity to a world of brevity and clarity – as I did at the Surrey Mirror – you can’t go back. Nothing will now persuade me to use words that I – as a reader – would not be sure I understood. And the disciplines I learned as a reporter then are the same ones I use as a corporate writer now.

That’s why after testing my manager friend with the line “Cross-functional teamwork enhances our capacity to deliver ground-breaking solutions”, I suggested we make it even better by saying what we meant. Reluctantly he agreed to a translation – along the lines of: “We encourage people with different skills and backgrounds to share ideas because this increases innovation.”

And I also remembered where I’d heard the phrase ‘higher-value word’. It was playing Scrabble – where the whole idea is not to use words to communicate but to score points by using the least common letters. That’s why the best words in scrabble are ones like quartzy, musquashes or zyxomma.  And there’s a lesson for business communications here. If your aim is to score a point, use words that are as weird as possible; but if you simply want to make a point, try ordinary ones – they work better.