Would I lie to EU?

You know the rules. Someone says something and everyone has to guess if they’re lying or not. So let’s have a Brexit special. There’s only one round – describe the European Union. 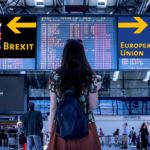 Here’s the version you get from anti-EU campaigners like the Daily Express, the Sun, Nigel Farage and Boris Johnson.

The one and only reason for the EU’s existence is to create a federal European super-state, a ‘United States of Europe’.[1]  By joining the EU we ceased to be a independent nation and handed control to Brussels whose un-elected bureaucrats make our laws.  The Common Agricultural Policy has created vast food surpluses and the Common Fisheries Policy stops British fishermen catching fish in British waters.

Crazy EU regulations have tied Britain up in red tape. The EU has tried to ban masses of British traditions, including bagpipes, beaches, church bells, double-decker buses, playgrounds, trapeze artists, corgis, prawn cocktail crisps and darts in pubs. Once they ruled that bananas should be straight.  The EU has even tried to “wipe England off the map” and merge the UK with France.[2]

The EU’s plan to subdue countries and set up a super-state is dominated by Germany. As the Express said: “Where Hitler failed by military means to conquer Europe, modern Germans are succeeding through trade and financial discipline. Welcome to the Fourth Reich.”

And here is the EU’s own version.

The EU started after the Second World War when many of those who had fought wanted European nations to work more closely together to preserve peace.

The first form of co-operation was the European Coal and Steel Community (ECSC), formed in 1951, which set up a common organisation for coal and steel production in Germany, France, Italy, the Netherlands, Belgium and Luxembourg. As coal and steel fuel wars, the French foreign minister, Robert Schuman, said the aim was to “make war not only unthinkable but impossible”.

The ECSC worked – more output, lower costs, better working conditions. So the six countries created a ‘common market’ or European Economic Community, removing customs duties on goods imported from each other and applying common duties on imports from other countries.

In the 1990s the 12 countries created a ‘single market’ to overcome the costs and delays created by different countries having different standards. Instead of just having no customs duties, the single market meant that goods, services, people and money could all move freely between all 12 countries. To do this, 12 sets of national regulations were replaced by one set of EU ones to make sure consistent standards were applied to everything from water quality to the safety of toys.

The single market is estimated to have supported growth of more than £200 billion and three million jobs.[3] Consumers have enjoyed a wider range of products with lower prices and higher quality.[4] [5]  The EU and its single market have expanded from six in 1951 to include 28 countries and 500 million people.

The EU is not ‘un-elected’. Decisions are made by the European Council which is composed of elected prime ministers and presidents supported by elected Members of the European Parliament (MEPs).  The European Commission is made up of civil servants[6] who aren’t elected. But they don’t make policy. They propose it to the ministers. There are around 40,000 of them, compared with 430,000 in the UK civil service.[7]

So two stories – two Europes. How do we decide which is true? These are the questions I would ask.

First – what’s my own experience? Have I had any of my personal rights taken away? Have EU regulations spoilt my life? I struggle to think of examples. I can’t buy incandescent light bulbs any more – but they were inefficient and bad for the environment. If I was a farmer, I’d know that EU policy created food mountains, but it also guaranteed secure supplies and incomes. If I was a fisherman, I’d be annoyed that I couldn’t catch certain fish at certain times – but EU quotas help conserve stocks long-term.[8]

Second – are the stories true? Has the EU actually banned bagpipes, beaches and darts in pubs?  No. These stories are all fake news – and there are hundreds of them. And you can read a full A-Z list of similar hoaxes here. Was there a plan to merge the UK and France? No it was a plan to help regions on both sides of the English Channel work together on things like tourism[9]. Did the EU ban curved bananas? No. It drew up a regulation to classify bananas so shops know what they’re getting.

Has the EU turned into a single super-state? No. Are we living in a Fourth Reich with secret police and concentration camps? No. Has Britain lost its independence. No. Britain chose to sign up to the single market rules but still makes over 85% of its own laws and remains an independent country like the other 27 in the EU.[10]

But on the other hand, has Europe been at peace since the EU started? Yes. Have consumers enjoyed access to more products at lower prices and higher quality? Yes.[11]

Third and last – what motives do people have?  The EU and its leaders emphasize peace and prosperity because they think the project is a success. Some benefit personally from incomes and pensions – but that goes for any big organisation.[12]

On the other hand, newspaper editors and politicians have major financial and political motives for making people hate the EU. Stories about straight bananas and banning darts sell millions of newspapers. They have helped people like the Sun’s owner Rupert Murdoch and the Express’s former owner Richard Desmond become billionaires rather than plain old millionaires.

EU-blaming helps politicians get powerful too. They win people over by whipping up hatred against migrants, foreigners, the ‘establishment’ or ‘Brussels’.   Nigel Farage whips up hate against all the above, despite being a classic establishment product – a private schoolboy and ex-City trader. Not only does he get cheered by those he’s fooled into thinking Britain is no longer independent, he gets paid handsomely for it. He made over £500,000 from media work in four years – the highest outside earnings of any British Member of the European Parliament.[13] Old Etonian Boris Johnson, who is also building his own power-base by slagging off the EU, gets paid £275,000 a year for writing a once-a-week column for the Telegraph.[14]

So that’s my conclusion. Based on my own experience, on whether stories are true, and on the likely motives of the players, I conclude that the EU is telling the truth and the Sun, Express, Farage, Johnson and their cronies aren’t. An organisation set up to bring countries together in peace and prosperity, a club worth belonging to, has been depicted as a monster by people seeking money and power. Never in the course of human history have so many been fooled by so few. Once the consequences of Brexit are clear, I hope justice will catch up with those who conned the British people and betrayed their country.