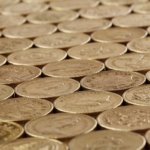 The 2018 Budget was a breath-taking exercise in handing out crumbs to the poor and cakes to the rich.  And it tells you everything you need to know about the Tory Party’s approach to politics – bribe low earners with a few eye-catching goodies while saving the big giveaways for your wealthy friends. This is all in a country where:

The message is clear. The Tories don’t care about ordinary people who rely on public services. They are in business to help people like them – who use private healthcare and send their children to private schools. If you are lucky enough to have had a supportive family, a good education, qualifications and a career, you’re fine. But if your family was poor, if you struggled at school, if you never understood the system, if you got ill, then God help you.

In the 2018 Budget, we saw a millionaire businessman called Philip Hammond putting this approach into practice.  His income tax cuts will “overwhelmingly benefit richer households”, according to the Resolution Foundation, with almost half set to go to the top 10% of households, while welfare cuts continue to affect the poorest.

The Budget numbers reveal Tory priorities. Hammond provided £650m for social care – but that’s only about a quarter of the £2.8 billion cost of the tax cuts. He provided £400m for Britain’s cash-starved schools to fund ‘little extras’ – unleashing a torrent of rage from teachers who have seen the loss of teachers, assistants, books and equipment only to be patronised with the comment that “School budgets often do not stretch to that extra bit of kit that could make such a difference.”

Two final things. If you look at the ‘effective tax rate’ – ie what an average taxpayer pays on all income – you’ll see the British rate is about 13%. That compares with 21% in Australia, 28% in Canada, 30% in Germany and France and 56% in Denmark.   And the Danes are regulars in the top three of the world Happiness Report, along with those other big tax-and-spenders, Finland and Sweden.  These countries have got it. They have a consensus that you get what you pay for and they accept high taxes in return for excellent services. Meanwhile we head towards the condition of the world’s LAs and Rios where razor wire protects the gated communities of the rich from the poor masses. (You can see what tax you’d pay in other countries here.)

Thanks to my education and experience, I’ve been lucky enough to reach the higher tax bracket – but I’m not taking this tainted money. £520 works out at £10 a week and I’ll be setting up a standing order to give that tenner to a charity whose work offsets the cuts made by a government which takes from the poor and gives to the rich.

I’m appalled, if not surprised, at John McDonnell’s failure to oppose the higher rate tax cuts. He says they benefit “middle earners, headteachers, people like that” – who of course include the trade union officials, campaign group leaders and public sector managers who make up Labour’s own group of ‘people like us’. Yvette Cooper, David Lammy and others are dead right to condemn this. And the LibDems* and SNP shouldn’t be quiet on it either.

Progressive parties need the guts to reject these tax cuts – even if it alienates me-first voters. We don’t need them. Let them vote Tory and let’s unite the decent majority in favour of a different and better way of doing things. As the US Justice Oliver Wendell Holmes said: “I like paying taxes. With them I buy civilisation.”

* Update – 2 November 2018 The Liberal Democrats have now come out against the higher rate tax cut. On 1 November their MPs voted against it, joined by 20 Labour MPs who rebelled against party orders to abstain.  LibDem leader Vince Cable said: “What is beyond belief is that the Labour leadership and the vast majority of their MPs, those who claim to stand ‘for the many, not the few’, decided not to oppose the Government on giving tax cuts to high earners.”