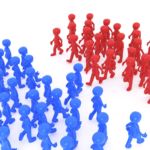 The coronavirus has not only exposed the current government’s incompetence but wider, systemic failings in Britain’s adversarial culture.

The revelation that Dominic Cummings visited his family on the very day the Prime Minister’s tweeted that “You should not be visiting family members who do not live in your home” is new low in terms of hypocrisy. But there are other contenders for the biggest government screw-up of the pandemic.

You wonder for example what thought process could lead Matt Hancock to say that the government has cast “a protective ring” around care homes.  And who does Boris Johnson expect to believe him when he says Britain will have  a “world-beating” track and trace system. Better than the one New Zealand used to practically eliminate the virus weeks ago? Or the one that has helped keep German deaths to a quarter of Britain’s? Getting it wrong is one thing. Lying is another. But getting it wrong and lying about it when everyone knows you’re lying is taking bad government to a frightening new level.

It’s also very easy to criticise. Which is a trap, because it doesn’t end at Downing Street.

A look back over the past two months reveals that the problems are not simply political, but systemic, with flaws in the civil service, academia and the media, as well as politicians.

For example, Sir Patrick Vallance, the Chief Scientific Adviser, openly advocated the now discredited strategy of achieving ‘herd immunity’,[1] telling Sky News on 13 March that the government was expecting around 60% of the population to get the virus. A week later the government did a handbrake turn and the lockdown began. Shortly before the lockdown, Deputy Chief Medical Officer Professor Jennie Harries defended big gatherings and dismissed the test-and-trace strategy that has saved lives worldwide as “not appropriate”. 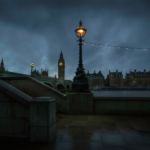 There is a tradition in the British media and public life that politicians are fair game while unelected officials should not be pilloried. And sure, these people are public servants doing their best. I’d hate to be in their shoes and I know the power of ‘group-think’. So they shouldn’t be blamed. But neither should anyone pretend they got it anything but horribly wrong.

Scientists also tend to be seen as above the fray. But they too should be held accountable. Professor Niall Ferguson of Imperial College, London, whose paper forecast that 510,000 people could die from coronavirus and was seen as responsible for the lockdown, was hauled over the coals for failing to practise social distancing from his lover. But little has been said, at least in progressive circles, about the fact his modelling used 13-year old computer code and that he also predicted 65,000 would die from swine flu in 2009 when in fact fewer than 500 died.[2]

At the same time Ferguson’s data was predicting that 80% of the UK population  could get coronavirus if nothing was done, another study from Oxford University was saying half of us had already had it. [3] It now looks like one or both of these experts from two of the world’s most august universities were plain wrong. Little wonder that a cottage industry has now sprung up in calling out such misguided advice and providing alternative counsel, led by former chief scientific adviser Professor David King and former WHO child and maternal health chief Anthony Costello. 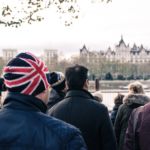 It might be easier to sift the wisdom from the folly if the media had a laser-like focus on the most important strands of the story. But they flit from story to story with little sense of priority.  Last week the Commons Science and Technology Committee published an excoriating report[4] on the government’s performance – covering both ministers and officials – which detailed multiple failures, from testing to secrecy over scientific advice and lack of investment in vaccines. It was a comprehensive piece of work from a body with experience and authority.

But on the day the report was published, the BBC led its coverage on the fact that loss of taste and smell had been added to the official list of COVID symptoms. It was a classic example of choosing the  novel over the important. I can hear an editor saying “it’s a better tale” or words to that effect.

Testing and tracing has been a consistent blind spot for the media. On 12 March Chief Medical Officer Professor Chris Whitty said that the UK would no longer test  suspected cases of coronavirus in the community but would instead “pivot all testing capacity to identify people in hospitals who have got symptoms.” That statement should have been followed up ruthlessly to expose the fact that the UK had insufficient testing capacity and that it was abandoning an approach that was saving lives elsewhere. But in the newspapers, the story was drowned by Boris Johnson saying many families would lose loved ones. [5]   Just look at these front pages to see a media culture dominated not by fact, but emotion.

As the Commons Select Committee report pointed out, Britain made a deliberate choice not to follow the World Health Organisation’s plea to “test, test, test.” It  concentrated testing in a limited number of laboratories, rather than enlisting all available capacity in companies, universities and research centres.

Germany did the opposite. From February, hundreds of German laboratories were commissioned to manufacture tests. In six weeks, Bosch developed a rapid, automated diagnostic test that provides results in under three hours.

Had the media clearly told us from the start that mitigation meant more deaths than suppression and that suppression either meant lockdown or testing and tracing every case, we would be asking different questions. The media are loving the Cummings saga because it’s what Andrew Marr of the BBC called “a proper, highly personal, old-fashioned political row.” In other words it’s the comfort zone, and much more fun to cover. Death has become ‘old news’. I’m not saying the press should ignore Cummings. Of course not, but a sense of proportion would be welcome. This morning, every question Marr asked Transport Minister Grant Shapps was about the PM’s guru. Not one was about why we are easing the lockdown without a full test and trace system in place. 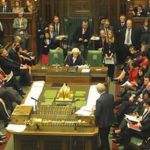 The coronavirus has demonstrated just how dysfunctional Britain is. Hopefully, it will lead us to explore the deeper contrasts with countries like Germany. Perhaps we’ll ask why they have fair voting systems that drive consensus while we have a tribal one that drives confrontation; why they have economies characterised by high wages, high quality and high productivity while millions of British workers languish with low skills and low pay.

Rising nations like South Korea and Germany are fact-based, collaborative and logical in their culture. Falling nations like the UK and US are emotional, disputatious and contrarian. The US shows where we are headed, a dying Empire led by a liar where the truth is shouted down by protestors blaming China for COVID-19 and demanding the right to infect themselves.

The next election in 2024 may be the last opportunity to prevent Britain plunging into that kind of chaos. Labour now has a leader with wisdom and experience. The Liberal Democrats will soon elect theirs. Those leaders need to do more than oppose. They need to work together. They need to use the next four years to lay bare the systemic failures that go beyond politics, deep into the fabric of our public life. They need to show how the roads not followed here have enabled others to succeed. And then they need to build a clear and attractive vision to chart a route out of dysfunction and back towards good government. The current administration’s increasingly obvious incompetence doesn’t quite present an open goal, but it’s definitely a scoring chance.