‘No politics’? Must be election time

‘No politics – just local’. What’s this then? An advert for the Co-op? Or one of those signs in pubs 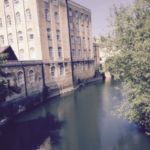 advising drinkers what to avoid in conversation?  No, it’s the latest slogan from the ‘Ideal Bradford’ party in Bradford on Avon, Wiltshire – and one that’s been adopted as we approach a town council by-election on 6 June.

Ideal Bradford are one of a growing number of independent groups who have won council seats by offering an alternative to national parties.

‘Independents for Frome’ were among the first, retaining all town council seats this year under their slogan of ‘flat-pack democracy’. Across the UK, Independents now control a swathe of councils, from Epsom in Surrey to Ashfield in Nottinghamshire.[1]

As Liberal Democrats, we sympathise with the anti-establishment feeling. Thirty years ago, our party was founded in an effort to ‘break the mould’ of two-party politics and offer something fresh and forward-looking.

But today, we are of course seen as part of the old system. And when Ideal Bradford say their aim is a council “free of party politics”, it’s largely the Lib Dems (who led the council for many years) and the Tories (who were often the second party) that they are talking about.

All this takes place in a wider environment in which we are seeing a backlash against conventional politics. The most popular parties in France and Italy didn’t exist a decade ago. Trump is more of a solo act than a Republican. And in the UK we are seeing rocketing support for Nigel Farage’s Brexit Party with its anti-Westminster, anti-EU message.

Pack up or party on?

So how do Liberal Democrats respond? Do we agree that it’s time to pack up as a local force? Or do we continue to argue that there is a place for politics – and local branches of national parties – on local councils?  No prizes for guessing it’s the second – for several reasons.

The first reason is that you can’t have a council with ‘no politics’. Politics, according to the Cambridge Dictionary, is “the activities of the government”. [2] So if you are a council deciding how much to tax people or what to spend the money on, then you are the government, locally, and what you do is political. 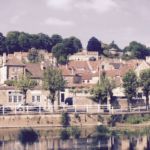 That is why it is right that groups of Independents need to register as political parties to contest elections – as Ideal Bradford and others do.

Okay, the Independents may say, we don’t really mean ‘no politics’ at all (even though it’s our slogan). We mean no ‘party politics’. There is no place for national parties on local councils. Nice soundbite. But stop and think about it.

If you are a Liberal Democrat, or a Tory or Labour, then, love you or loathe you, people have a rough idea of what you stand for. Every Lib Dem has a membership card saying the party exists “to build and safeguard a fair free and open society….in which no-one shall be enslaved by poverty, ignorance or conformity.” If that’s ‘politics’, I’m ok with it.

If you don’t belong to a national party, what do you believe? What values are you asking your people to sign up to? People with all kinds of views can march under an ‘independent’ flag.

As Sarah Gibson, Wiltshire councillor for Bradford on Avon South, who is standing in the town council by-election, says: “Political allegiance is like seeing the ingredients on the bottle. Would you buy something when you don’t know what’s in it?”

So what do Ideal Bradford’s members share – beyond ‘no politics’? Three out of the ten Ideal Bradford councillors elected in 2017 have left the group and one has quit both the group and the council, causing the by-election. These councillors have formed a rival group of ‘purely independent councillors’ called ‘Independent Bradford on Avon’ which is running its own ‘Independent’ candidate. There’s so much independence going on round here that we should have the election on the fourth of July.

The splits illustrate the difficulties that can occur when groups of disparate individuals try to co-exist under an independent banner. As Felicity Matthews, politics lecturer at Sheffield University, puts it, the challenge for Independents is “keeping the lid on the Smarties tube of characters” once in power.[3]

Presumably, the logic is that national parties make councils inefficient, ineffective, unengaged and opaque?  What’s the evidence? The theory seems to be that national parties constrain local councillors. ‘All for Dorset’ say their candidates are “free from interference from a political party.”[4]  One Ideal Bradford member said they aren’t “driven by overarching national politics”.

So are local Lib Dems in Bradford on Avon being ‘interfered with’ or ‘driven by’ by party HQ? And if so, how? How do national politics interfere with local issues? Where exactly would Vince Cable want that bus stop on Winsley Road?

The reality is very different – and the clue is in the word ‘Liberal’. Our policy on local government is the opposite of interference. It is to have “decisions made at the lowest practicable level.” (Insomniacs can read the whole local government policy paper here.) Our councillors at town level make their decisions as individuals and the idea of being “driven by national politics” is anathema. If Vince Cable tried to tell local Lib Dems what to do, it would make herding cats look effortless.

If anything, it’s the other way round. Local Lib Dems have a big influence on the leadership, based on their local experience, particularly through their conference votes.  They keep the party’s feet on the ground.

What has politics ever done for us?

Finally, why make ‘politics’ a dirty word? Those of us who have been knocking on doors for a few years are used to hearing “You’re all the same. You’re all as bad as each other.” Wearily we explain, no, we’re don’t get paid for this. We’d rather be watching TV but we’re here because we think politics matters. We want to make politics better, rather than diminish it.

It’s easy to say ‘no politics’. It taps into the rising tide of negativity towards all politicians. But if it were not for ‘politics’, we would have no NHS, no comprehensive education, no votes for women, no gay rights, no minimum wage, no action on climate change, nothing that has ever been achieved in terms of human progress as a result of political debate and legislation.  And locally we’d have no new housing for local people, no children’s play areas, no support for people with dementia – and by way of an Ideal Bradford achievement– no solar panels on the town’s St Margaret’s Hall.

Ideal Bradford have recently produced a resolution on practical stuff – with commitments to meeting unmet needs, innovation in community projects, sustainability, and a practical, outcomes-focused approach.  We’re happy to work with them on all of that.

But to come up with the slogan ‘no politics’ when you are registered as a political party? And to adopt it shortly before a political by-election?  You have to ask yourself if the phrase ‘no politics’ has ever been used more politically.