Last-minute plea for pro-Europeans to unite for Euro-elections

I am writing to you as leaders of the Change UK and Green parties as one of the 16 million who voted Remain in the 2016 referendum and believe Britain should be a member of the European Union.

Fewer than 48 hours now remain before 4pm on Thursday 25 April when nominations are due for candidates for the European Elections on 23 May.  I am writing to appeal to you to change course and accept the proposal of an electoral pact between the parties who unambiguously support EU membership – your two parties and the Liberal Democrats.  Such a pact would see one party stand in each constituency, uniting the pro-EU vote, rather than all three parties standing and splitting the pro-EU vote. 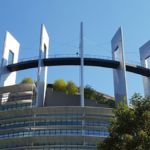 The system used for the European Elections is not fully proportional and disadvantages smaller parties. In 2014, the Conservatives gained three times as many votes as the Greens – 3.79 million versus 1.26 million – but won more than six times as many seats– 19 versus 3.   In 2019, latest polling shows Greens on 10%, Liberal Democrats on 9% and Change UK on 6% – which put together is less than the 27% supporting Nigel Farage’s Brexit Party.

An FT analysis has shown that if the three parties combined forces and stood just one party in each constituency you could win 16 seats between you, whereas by standing separately you may only win 7 – with all 7 going to the Liberal Democrats and your two parties having no members of the European Parliament (MEPs).  If you worked together, your three parties and Labour might conceivably have the most MEPs, sending a clear signal about a broad shift towards more progressive politics. As it is, the voters who embody that shift can only watch you fight between yourselves.

Of course, the elections may not even happen and the MEPs elected may lose their seats in months if the UK leaves the EU. However, the European election will also be significant in creating momentum for future polls – whether a second referendum or a General Election. Currently you are handing that momentum to Farage.   In a country that is already deeply divided, you are rejecting the chance to work for unity and instead choosing to create new fault lines.    As the New Statesman said: “It would seem these parties think it is more important to fight among themselves than unite in sending a clear message on Brexit.… Remain can get a million on the streets and 6 million signatures, but it seems getting small parties to cooperate is a more difficult task.”

I am a Liberal Democrat and I understand why Heidi Allen says that the Lib Dems are a ‘tarnished’ brand. I didn’t agree with signing and then reversing the pledge on tuition fees or going into coalition – but I appreciated these were tough calls, ones that your parties have not had to make at the same scale. The Lib Dem party is under new leadership and increasing support. It also has a strong grassroots organisation that could be mobilised for a broader pro-European force. Refusing to work together is a sad reflection of the factionalism on the right with UKIP and the Brexit Party. I would have hoped for more from politicians who call themselves progressive.

Imagine Sunday 26 May – results day. You and the Lib Dems have a handful of seats at best. Perhaps you have none. Farage is celebrating with a pint as the media talk about his rise and the decline of the pro-European parties. Will you be able to re-read this email with no hint of regret?

Former director of communications for the European Movement

Image by webmicha from Pixabay