Government critics need to understand why accepting that Emily Maitlis got it wrong – if only slightly – is essential if the BBC is to hold the government to account, lead public debate and help people see the truth. 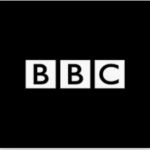 On 29 May 2003, the journalist Andrew Gilligan told Today programme listeners that a dossier produced by the UK government the previous September alleging that Iraq possessed weapons of mass destruction had been “transformed at the behest of Downing Street”.

At the time, Iraq had just fallen to the coalition of mainly US and UK forces after a highly controversial war. The anger among those opposed to the conflict was growing. The invading forces were failing to find the weapons of mass destruction (WMD) that the US and UK governments had insisted Iraq possessed and which were the pretext for the war. Iraqi factions were starting to fight each other. Anti-war campaigners were approaching a position where they could call out Bush and Blair as having taken their countries to war on a false agenda, with no exit strategy and at the cost of thousands of lives.

Then Gilligan said something he couldn’t prove – that Downing Street had transformed or ‘sexed up’ the dossier.  It was a gift-wrapped opportunity to Prime Minister Tony Blair and his combative press secretary Alastair Campbell. Campbell was straight in – attacking the BBC, making a formal complaint, turning the Gilligan comment into the story, instead of the war. The following months were then often dominated by a Westminster row over who said what, with the BBC on the back foot, instead of the focus being on whether the government had pursued a justifiable and legal war or sent British forces and Iraqi citizens to their deaths in pursuit of a lie. Without the clouds created by the affair, Blair and the UK government might have faced more exposure and more censure.

The affair should have been a never-to-be-forgotten reminder of the damage that can be caused when BBC journalists say things they can’t prove.  It shows why the BBC needs to follow a path of ‘extreme impartiality’ to do its job.  One inaccurate line can invite a counter-attack that undoes all the hard work of scores of reporters, producers, editors and programmes over many months. One suggestion of bias can erode the capacity to be a reliable narrator for voters biased the other way.

Emily Maitlis is a brilliant presenter who has been working tirelessly to interrogate politicians and unpick the detail of the coronavirus story with Newsnight colleagues. But some of the lines in her intro on Tuesday 25 May were unprovable. There is still no authoritative police statement that Cummings definitely broke the rules. You couldn’t say that ‘the whole country’ could see it, because some of the country was defending him. It’s not a hanging crime and certainly not as provocative as Gilligan was. And Maitlis should absolutely stay on air. But these statements would have been hard to defend in court. Fortunately, the government is in disarray and with Cummings at bay, it doesn’t have an attack dog like Campbell. Put it down as a lucky escape and a learning experience.

Those attacking the BBC for acknowledging the lapse need to grasp that it becomes weaker in challenging the government if it at any moment appears to be biased against the government. It then makes it easier to characterise the BBC as anti-government, as Trump has done with CNN. And then that channel carries less credibility among crucial swing voters. It’s fine for the Mirror or Guardian to be anti-Government, or for the Telegraph or Mail to be pro-Government. They play to their respective audiences. But the Beeb has to stay in the middle. And by doing so, simply by reporting facts and asking if things are true or false, effective or ineffective, wise or unwise, it informs and educates in line with its charter.  The BBC is one of the strongest bulwarks Britain has against the descent into propaganda-driven dysfunctional fake news. It cannot afford cracks.

Hindsight is a wonderful thing. But with hindsight, this is how a few very small edits might have made that Newsnight intro bullet-proof.

Good evening. It’s widely agreed that Dominic Cummings broke the rules. People up and down the country are furious, and shocked by government denials . The longer ministers, and Prime Minister, tell us he worked within the rules, the more angry the response to this is likely to be.  Cummings was the man, remember, who always ‘got’ the public mood, who tagged the label of ‘elite’ on those who disagreed. He should understand that public mood now. One of fury, contempt, and anguish.  People who struggled to keep to the rules now say they feel like fools. And many more  may assume they can now flout them. The Prime Minister knows all this, but despite the resignation of one minister, growing unease from his backbenchers, a dramatic early warning from the polls, and a deep national disquiet, Boris Johnson has chosen to ignore it. Tonight we consider what this tells us about the inner workings of Number 10. We do not expect to be joined by a government minister, but that won’t stop us asking the questions