Eleven messages from science for COP26

Earlier this year I helped to write and edit a series of briefings produced by The Royal Society on climate change. This article represents my personal perspective on the messages that emerged.

If not for scientists sounding the alarm on climate change over several decades, the COP26 UN climate change conference in Glasgow would not have happened. And science continues to warn that greenhouse gas (GHG) emissions are putting billions at risk.  In one of the year’s most striking phrases, the UN Secretary General described the latest Intergovernmental Panel on Climate Change (IPCC) report as ‘code red for humanity’. 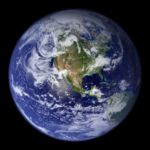 However, science does not only offer warnings, but solutions; and in the year running up to the conference, the Royal Society convened around 120 scientists from around the world to produce briefings on what science and technology can do to help.

Stop using coal: The ‘must-dos’ start with coal. We need to end reliance on all fossil fuels, but coal is the biggest polluter, accounting for almost half of all carbon dioxide emissions from energy. A deal been done to help South Africa move away from coal. Steps are now needed to incentivise  China, India and other major coal users in the same direction – funding, technical support, diplomatic engagement – whatever it takes.  Not only does reducing the use of coal, gas and oil help the planet. It keeps people alive. It’s been estimated that reducing fossil-fuel use to a level that would keep the global temperature rise to 1.5°C rather than 2°C, would also avoid more than 100 million premature deaths from air pollution during the 21st century.[1]

Look after nature: One of the biggest drivers of climate change is the destruction of forests, peatlands, grasslands, mangroves and other ecosystems that absorb and store carbon. And one of the simplest and most economical ways to stop climate change is to prevent it. The declaration made in Glasgow by 124 countries is laudable but the outcomes will depend on providing adequate funding for the protection and restoration of ecosystems and the communities that manage them, along with the necessary verification.  It also requires policies to tackle hunger, including more sustainable farming techniques  – without which people will continue to convert ecosystems into farmland. But the prize is huge – nature-based solutions could deliver 20-30% of the emissions cuts needed by 2030, combined with deep cuts in fossil fuels. 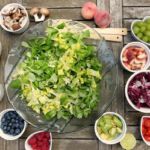 Eat green: It’s not for scientists to tell people what to eat, but they can point out the facts so people can make up their own minds. And, for example, it is a scientific  fact that a plant-based diet has a much smaller carbon footprint than a meat-based one, with beef production, for example, generating up to 50 times more GHGs than peas or pulses.[2]

Compute for net zero:  Digital technology is often branded an environmental villain because of the energy used by online activity. But the GHG emissions generated by computing could be vastly outnumbered by those it avoids. Machine learning already enables computers to provide replicas of factories to simulate operations – so-called ‘digital twins’. That process can be scaled up to provide digital twins of entire industries and ultimately of the whole global economy – showing us how to run it with minimal emissions.

Capture carbon: Carbon dioxide capture and storage (CCS) isn’t always popular because it means  allowing fossil fuels to continue to be used while capturing the emissions. However, research reveals the uncomfortable truth that CCS is needed in almost all projected pathways to net zero to help provide clean power and decarbonise hard-to-abate industries such as iron and steel.[3] The UK’s Climate Change Committee calls it “a necessity, not an option”. Governments such as the UK’s are now putting funds into CCS but with a significant scale-up likely to be needed, the momentum needs to be increased.

Create a CERN for the climate:  Turning to the five areas where we need to know more, digital 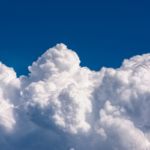 models of the Earth’s system have helped us gain the understanding we have about climate change. However, much remains uncertain, even how much the world will warm in response to a given rise in GHG levels. The technology exists to build far more powerful models that could bring about a step-change in understanding.  Today’s  global models typically have a scale of around 100 kilometres per grid cell. Supercomputers could bring that resolution level down to one kilometre, revealing much more about processes such as cloud formation that are critical to climate change and pinpointing where impacts such as cyclones or floods may occur.[4] What’s needed is a dedicated international facility of unprecedented scale, similar to the CERN laboratory for particle physics.  It is a big investment, but governments have to ask if it is an investment they can afford not to make.

Understand the ‘carbon cycle’ better: Over the past century the land and ocean have together absorbed more of our emissions than remain in the atmosphere.[5] But will this continue? Will these ‘sinks’ keep absorbing carbon at the same rate as they feel the impact of climate change? How much carbon will thawing permafrost release?  Will forests die back and emit carbon rather than absorbing it? We need to step up research into these questions, including siting many more sensors in the land and ocean to monitor changing conditions.

Investigate low-carbon heat: GHG emissions come mainly from three uses of energy – electricity generation, transport and heat. We have a proven, leading, large-scale solution for low-carbon electricity, in the form of wind and solar power, and a solution for light transport, in the form of electric vehicles that run on green power. But what about heat? It generates more GHG emissions than either power or transport worldwide[6], but we don’t yet have such clear front-runner technologies for heating homes, for cooking and for providing high-temperature heat for industry. Heat pumps, hydrogen, electric heaters, district-scale systems and heat from renewables are all possibilities and it may be that different solutions suit different situations. But we urgently need more demonstration projects in order to discover the best options for investment and deployment at scale.

Trial hydrogen: Hydrogen is not only a potential source of low-carbon heat but a possible transport fuel, energy storage medium and electricity generation feedstock.   However the primary production method for hydrogen, steam methane reforming, is highly carbon intensive while the low carbon alternatives, ‘blue’ hydrogen made using CCS, and ‘green’ hydrogen made via electrolysis of water, are currently very costly.  The debate over whether a hydrogen economy is a matter of hope or hype can only be resolved by wider scale trials of all the potential applications.

Build better batteries: One of the possible alternatives to hydrogen is the electric battery. The success of scientists in developing the lithium-ion battery has underpinned the growth of electric cars over the past two decades. The goals now are to develop more powerful batteries, not only for vehicles but to store electricity to back up renewable power when there is little wind or sunshine. Researchers are working to improve lithium-ion technology and examining options for ‘next generation’ batteries. These could use sustainable materials such as sodium or technologies such as redox flow that works by pumping liquids through an electrochemical cell and can potentially be scaled to huge capacity.  An international effort to accelerate battery research could have a major impact, including bringing down the costs of decarbonising the global economy.

Price carbon globally: Finally, one of the briefings was a little different from the physical science-based work that the Royal Society typically undertakes. It drew on work by experts at the British Academy, which represents the humanities and social science communities, and examined ways in which government policy can speed up the building of a low-carbon economy.

Two big messages emerge. One is that many of the policies that help solve the climate problem also solve other problems, providing ‘co-benefits’ or a bigger bang for each invested buck. Boosting renewable jobs and restoring ecosystems both create jobs, for example. Walking and cycling improve health. Better crops improve life for rural communities in the least developed countries.

The other message was to follow the principles of game theory to create a process where acting in the common interest becomes preferable to acting in self-interest. Today, for example, while the EU and UK emissions trading systems have created costs as high as $50 to emit one tonne of CO2 in industry, other countries have no carbon pricing system and face no disadvantage as a result. One mechanism to encourage a common approach is a ‘border carbon adjustment’ – effectively a carbon tariff that requires importers of a product such as steel to buy an allowance for the emissions generated in its manufacture in line with the price in the importing country.  Such measures, now being considered by the EU and US, start to create a global carbon price by equalising the cost of emitting around the global trading system, preventing ‘free-riding’ and fostering a more collaborative culture.

In Montreal in 1987, governments agreed a protocol to end the use of the chlorofluorocarbons that were damaging the ozone layer. They succeeded in part because they agreed that there would be trade consequences for those who did not comply. In simple terms, it had ‘teeth’. Experts believe that such a model should be followed now to encourage more countries to act in the common interest and make emitting carbon costlier. That shift would then incentivize the other priorities identified by science – all of the above in other words – and hasten a more sustainable future.