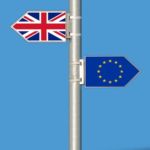 “Ball of Confusion – that’s what the world is today.” The Temptations, 1970

Brexit doesn’t only divide people, it confuses the hell out of them. Here are ten things that either I believed until I realised I was wrong, or that I found were wrong after someone else had confidently told me them.

1. The best way to stop Brexit is Jeremy Corbyn’s plan for an emergency government

No. That plan could be derailed in several ways, some of which could result in Brexit happening – as we see below.  The alternative to the no-confidence route is the legislation route, whereby MPs find a way to propose and pass a Bill requiring the government to postpone or even revoke Brexit.  The former director of legislation at No 10 under Theresa May, Joe Moor, thinks the government are more fearful of the legislation route than the no-confidence one.

2. Johnson is likely to lose a vote of no-confidence

By no means a done deal.  The Tories currently have a majority of one, which could disappear if a wavering MP such as Philip Lee were to follow the likes of Sarah Wollaston into the Lib Dems. You can hear him wavering at length in this podast. However, there are also dyed-in-the-wool Labour Brexiters, like Kate Hoey, who might abstain or even oppose the no-confidence motion. According to some MPs’ calculations, around eight Tories need to vote with the Opposition parties to unseat Boris Johnson. And, in their party, that would not be rebellion, but high treason. A Tory who voted down a Tory government would face the wrath of hell. Deselection would only be the start. Thereafter would come trolling, abuse and hatred from a party they have belonged to most of their lives. My guess is in the unlikely event it happens, it might involve a bunch of them – Philip Hammond leading perhaps – who would then go into political, if not literal, exile.

This was going the rounds a few weeks ago. The line was that Johnson could ‘ignore’ a no-confidence vote and call an election. But he can’t ignore it. The Fixed Term Parliaments Act 2011 (FTPA) says a PM can’t continue in office if they lose a no-confidence vote and can’t regain confidence in the next 14 days. So calling an election would be responding to the vote, not ignoring it. I suspect the ‘ignore’ word was deliberately briefed to obfuscate and make Johnson look in control.

4. If a vote of no-confidence passes, Corbyn will form a temporary government

Not so fast. For Corbyn’s plan to work, under the FTPA, he not only needs to win a vote of no-confidence, but a vote of confidence in himself. A passionate pro-European Tory like Ken Clarke might vote with his conscience and declare he had no confidence in Boris Johnson’s Government. But to say that he instead had confidence in a left-wing firebrand who stands for everything he’s spent his life fighting? That is a totally different ask. Which is why the Lib Dems support someone like Clarke or Harriet Harman to be the caretaker PM.

Not necessarily. It might actually make Brexit happen. Under the FTPA, after a vote of no-confidence in a government, MPs have 14 days to find a Prime Minister in whom they do have confidence. If they don’t, Parliament is dissolved and there’s a General Election – but critically the FTPA says the polling date is at “the recommendation of the Prime Minister”. In other words, Johnson could simply call the election for after 31 October.  And his aide Dominic Cummings is apparently briefing that this will be the outcome.  By the way, if this happens, Corbyn is granted two wishes at once: we leave the EU – which he has advocated all his career; and he can fight the next election from his comfort zone of inequality and domestic issues. At root, Johnson and Corbyn want pretty very similar things.

6. If we can get an election before Brexit, those supporting a new referendum can win

Everything’s possible. But they are no longer favourites. Think what you like about Boris Johnson, he has recharged Tory support and his party is now consistently ahead. In an election, the Tories may also make a pact with the Brexit party to have only one candidate between them in each constituency. It would be a no-brainer for Nigel Farage – he’s gets to be an MP, possibly a Minister – as do a handful of his members for whom Tories stand down in their hard-to-win seats.  If Labour, Lib Dems, Greens and Nationalists don’t agree to stand down for each other in a similar way, that might be game over. And can we see Labour candidates standing down?

7. But if Labour, LibDems, Greens and Nationalists can form a majority, they can stop Brexit

Possibly. But consider what Corbyn has been silent on. His offer jumps from an election to a referendum, but a referendum on what? Labour want to achieve their own brand of Brexit – the “Brexit-for-jobs” that Corbyn talks about. So if Labour are leading the government, there would be weeks, months, even years of renegotiation of a new deal before a vote. And in a referendum on such a deal, while remain might be an option, Corbyn would be campaigning for Leave – and people who oppose no deal, but not Brexit per se, might support him.

8. Parliament will be recalled

I can’t see it.   The Speaker of the Commons, John Bercow, has insisted on MPs having their say through the process but he can’t recall the Commons by himself. It has to be on a request from the government. All explained here.

It’s become a lot harder but it’s not impossible. It probably involves an election. Given Bercow’s defence of Parliament’s role, it’s quite possible MPs will find a mechanism to pass an Act to postpone Brexit, which Johnson can’t ignore or sidestep. In that scenario I don’t think Johnson has any option but to call an election himself as he has made leaving the EU on 31 October an article of faith. He would therefore appeal to voters to make it happen by voting for him. But a pre-31 October election could be trickier for him because his whole election platform will be to deliver Brexit on Halloween. It appeals to hard leavers but looks obsessive and may not work with others who have swung towards him.   If I had to bet on one scenario, this would be it, with an election probably on 24 October.

10. The media are all useless at explaining all this 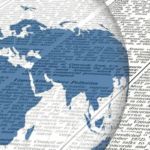 They have had their moments. This week’s Observer confused its readers with a leader article praising Corbyn’s plan, a news story quoting people saying it was a non-starter and an opinion column saying Labour weren’t ready to win an election anyway. But there are other non mainstream outlets out there which do a good job in getting the drains up. The Institute for Government, PoliticsHome and The UK in a Changing Europe are reliable go-to sites, for example.