Boycott BP – or save the planet? Your call 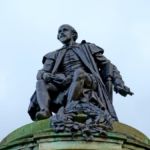 rt this with two declarations of interest. First, I used to work full-time for BP.   The second is that I am passionate about overcoming climate change.

What? How can someone have worked for BP and want to stop climate change? Isn’t that a contradiction in terms? No. Not if you believe, as I do, that such companies are not to blame for global warming and that eliminating them is more likely to aggravate the problem than fix it.

And I am writing this, not to defend BP, but because I want to preserve the planet and I want to call out the bogus arguments and phoney solutions that are increasingly polarising people and distracting them from the real answer.

The latest widening of the gulf between liberal society and the energy industry comes in the form of the Royal Shakespeare Company ending its association with BP.   This follows months of pressure from campaign groups and the resignation from the RSC of actor Mark Rylance.

He articulated the anti-energy company position by saying: “I do not wish to be associated with BP any more than I would with an arms dealer, a tobacco salesman or anyone who wilfully destroys the lives of others alive or unborn.” 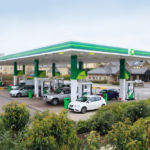 Such accusations should not be allowed to slide unchallenged into conventional wisdom.  The suggestion is that by producing and selling fossil fuels, BP is wilfully killing millions of people – or at least is no better than those who do. That is a charge of mass murder. And it would apply not only to BP but to all fossil fuel companies. There are around 280,000 people employed by the oil and gas industry in the UK, and millions worldwide. In Mark Rylance’s world, they are all guilty of mass murder.

And what about customers? There are around 40 million full driving licence holders in the UK. If they all buy fuel from mass murderers, then they are accessories to murder. Even if you drive an electric car, like Mark Rylance, you are using fossil fuels because the electricity that powers the car comes partly from natural gas – about 50% on a typical UK day. 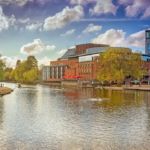 In fact anyone who uses a computer, kettle, boiler, car, van, train or bus – such as those that transport theatre-goers to Stratford-on-Avon – is part of a system underpinned by fossil fuels. And then there are the thousands of everyday products derived from oil – like tennis racquets, footballs, surfboards, wetsuits, soap, ink, paint and theatrical makeup. If the accusers are serious, they should report the entire population, RSC included, to the Crown Prosecution Service.

Following the logic of statements such as Rylance’s not only shows how extreme they are but, more important, points to the real source of the problem. Fossil fuel companies didn’t go into business to kill people, but to supply the stuff people demand for light, heat, transport and everyday life. We’ve used coal and gas since the 18th century and oil since the 19th.  Today, 85% of the world’s energy still comes from these three fuels.

And the economic system powered by fossil fuels has driven a massive surge in living standards. Humanity existed for around 300,000 years before the Industrial Revolution. But life was short and brutal. You’d be lucky to reach 40 and one in every four children died before the age of five.  We need to look honestly at the whole story and not just the bit that reflects our prejudices.

BP and similar companies were formed to meet the demand for energy and until the late 20th century believed they were doing something wholly positive.  Only in the last 30 or so years has it become clear that the same revolution that drove up living standards also drove the global ecosystem out of balance.

The concentration of greenhouse gases in the stratosphere has risen from 270 parts per million (ppm) before the Industrial Revolution to over 400ppm, thickening the blanket of gases around the globe and pushing the global average temperature up the best part of one degree. There is widespread agreement that the rise needs to be contained to 1.5°C to avoid the worst impacts of climate change.

But blaming BP for this is like making a mistaken accusation in Cluedo – it’s BP in the UK with the oil – only to open the envelope and find the actual villain is all of us, everywhere, with all of our cars, trucks, planes, trains, factories, heaters, cookers, computers etc – ever since the 18th century.

There are two reasons why eliminating fossil fuel companies isn’t the answer.  First, it wouldn’t work. If protestors were to convince all BP’s investors to disinvest, what would happen? Would the oil rigs disappear? No, the company’s shares would plummet and be snapped up by a new owner who would simply carry on producing the oil and gas – quite possibly one of the giant state-owned national oil companies who control 90% of the world’s oil and gas reserves and are beyond the reach of protestors or investors.

The same outcome would follow if BP were persuaded to put 100% of its investment into renewables when they are still less profitable than fossil fuels in many circumstances. In the real world, companies that don’t make a profit get taken over by ones that do. 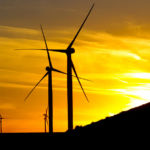 The second reason why destroying BP and similar companies is a bad idea is that these are the very firms that are trying, albeit imperfectly, to be part of the solution. In BP’s case it broke with the oil establishment in 1997 by recognising the threat of climate change. It has since cut its greenhouse gas emissions roughly 40% and invested billions in solar, wind, biofuels and low-carbon projects such as electric vehicle charging and biojet.  It acknowledges the world is on “an unsustainable path”. Total specialises in solar and battery storage. Equinor is a leader in wind, including the world’s first floating wind farms. Beating up firms that recognise the problem and are trying to help solve it is not the way to save the Earth.

Neither is pretending we need to stop using fossil fuels right now. If that happened, civilisation would break down – homes would go dark, traffic lights would fail, the internet would fall over, operating theatres would close – not to mention RSC theatres. Fortunately such an overnight switch isn’t needed. The Intergovernmental Panel on Climate Change says we need to halve emissions by 2030 and get to net zero by 2050.   So using oil and gas isn’t murder. Surfers and iPhone users can breathe easy. But neither is there time to waste.

What is needed is a managed and rapid transition: more efficient energy use to reduce the total of energy consumed; a controlled decline in fossil fuel use; and a matching increase in low-to-zero-carbon energy – more renewables – but also other solutions that are cheap and practical – including replacing coal with gas in power generation and planting more trees.

Progressive energy companies cannot do all these things and stay in business. The costs are too great and they would be undercut by the laggards. 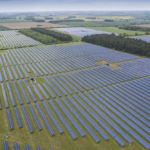 Look at any major environmental achievement – getting lead out of petrol, getting ozone-depleting CFCs out of refrigerators. These didn’t happen because everyone ‘did their bit’. They happened because governments acted through treaties, laws and regulations.

BP and other progressive energy companies get this. They have been advocating for a carbon price for years. That’s like Apple suggesting more expensive computers. Why would you do that if you don’t care? Business-people aren’t murderers. They’re people who want to make money by doing something useful. And they will move to greener products – as long as the rules are the same for everyone.

Governments have made pledges to cut carbon following the 2015 Paris Agreement but they don’t go far enough and that is where campaigns should focus.  The UK is a leader, thanks to work done by governments of different complexions up to 2015. Despite recent back-sliding on support for renewables and energy efficiency, Britain now has a carbon price of around £40 a tonne of carbon dioxide (at the time of writing) – because it supplements the EU trading system’s price of around £22 with its own ‘carbon price floor’ of £18. This has driven coal out of the system and cut emissions to 19th century levels.

What needs to happen?

The task now is to get other countries to replicate that achievement: persuading the EU to keep up momentum; encouraging US states and cities to keep backing clean energy; urging China to put blue skies before cheap power; supporting India to replace coal with renewables and gas – and so on.

It requires a united call for action to show the world’s governments that the world’s people want to save the world. And it needs to start now.

Let’s get real. Our world is at risk. We are all to blame and we need to fix it together. The planet is threatened, not by the people we get our petrol from, but by the collective, combined actions of humanity over 300 years. We have 10 years to change course or face catastrophe. It does future generations no good to indulge in a blame game rather than uniting around the real solutions.

So please can we stop pursuing divisive, ego-tripping, crowd-pleasing, gesture-driven, virtue-signalling non-solutions that help no-one, least of all the unborn, and start campaigning for governments to do what’s actually needed to save the planet.