Climate change – give the UN the power to lead 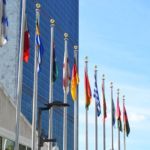 2 December 2019. Today the 25th global conference on climate change has begun in Spain – COP25 for short. Or if you want the full title – the “Conference of the Parties to the UN Framework Convention on Climate Change (UNFCCC)”.

And that mouthful of official-ese betrays one of the major obstacles to progress in combatting global warming. It’s too bureaucratic.

It’s no-one’s fault. There are good people at the UN doing a dedicated job on a shoestring budget. But they’re working to an old model. The UNFCCC – confusingly both a convention and the body that organises the talks – has been set up, not as a leader, but as an administrator.

And administer is what it’s done, running annual conferences with a super-conference every five years – Copenhagen 2010, Paris 2015, Glasgow 2020.

But that’s left it to governments to take the lead on the actual emissions reductions; negotiating between themselves and setting their own voluntary targets.

And they haven’t done enough. The pledges made at and after Paris would roughly keep emissions flat to 2030 and temperatures on course for a 3 degree rise on pre-industrial times. 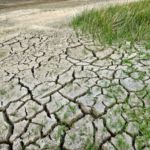 That may not sound a lot but as an average world temperature it’s unprecedented in human history. It would for example mean soil releasing carbon instead of absorbing it and thus adding to the carbon and the heat in a loop effect – runaway global warming. It could kill the Amazon and melt Arctic ice and multiply floods, drought and disease.

Instead emissions need to come down by about half by 2030 to give us a chance to limiting the temperature rise to 1.5 degrees.

This is why I presented an outline plan to massively ramp up the UN’s capacity and clout at the September Liberal Democrat conference. The idea is to put together a group of politicians from all parties, experts, scientists and business-people to turn it into a detailed proposal that the UK government would be asked to table at Glasgow next year. Essentially, governments would be giving the UN a much stronger mandate and resources to lead in mobilising public opinion and holding them to account.

Here is the amendment that I presented on behalf of the Chippenham Lib Dem party – which the conference voted to accept – and after that an edited version of what I said about it.

Amendment to Liberal Democrat motion on ‘Tackling the climate emergency’

Conference recognises the UK’s offer to host the 2020 UN climate change summit (COP26) and, in keeping with the policy paper’s demand “to raise global ambition”, calls for the UK to propose a major strengthening of the UN’s capacity to lead emissions reduction by appointing a UN Climate Commissioner and executive team to hold governments to account and mobilise public opinion, with the UK offering an initial contribution to the increased resourcing required. 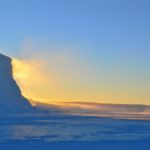 The Lib Dem motion on climate change includes a pledge to raise global ambition – and this amendment seeks to build on that internationalist dimension.  Let me try to explain what it might mean in practice.

I am a Tottenham Hotspur supporter – and if I want to know anything about Spurs – results, team news etc – there are scores of apps I can find with a few clicks.

But if I want to know how the world is doing in avoiding environmental catastrophe, where do I go? There is no simple global, go-to, well-known app.

That to me is just one little example of the need for more resource, more focus and more professionalism in the fight against climate change.

And that is the reason for this amendment which the Chippenham party has put forward.

The Intergovernmental Panel on Climate Change – the IPCC – says we have 10 years to halve emissions to avoid the worst impacts of global warming.

Currently emissions are still rising so this is a massive challenge. It’s like a moon-shot. The trouble is that there is nothing as powerful as NASA behind it. There is no ‘e-mission control’.

Budget: less than a movie

But as far as I can ascertain, the two organisations have a combined annual budget of less than £150 million, less than that of the film Titanic. 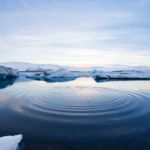 It’s not that anyone’s doing anything wrong. The problem is there are things that aren’t being done at all in terms of leadership, project management and communications.

Now you can argue that the real investment has to be made in individual countries. But it isn’t.

Current pledges made by governments following the 2015 Paris Agreement would at best keep emissions flat to 2030 instead of halving them.

And there is no one government we can see with power to bring the rest along.

So it has to fall to the UN. And this amendment envisages the UK putting forward a plan to expand and transform the UN’s institutional response to climate change – in addition to our national programme of action.

The idea is to create a Commission and Commissioner.  We have UN Commissioners for refugees and human rights. Why not for this greatest of long-term challenges? To appoint a high-profile, highly-respected global figure to that job.

To create an executive team with skills in diplomacy and government, people who can both encourage governments and hold them to account. .

To create a communications function that keeps the issue in the public eye and  mobilise public support – a petition or pledge book with millions of signatures?

This amendment calls for our party to initiate such changes, but to recognise that such a proposal cannot come from one party in one country.

We’ll need to work with politicians from other parties, with scientists, innovators and business-people.

And that programme can then be proposed by the UK as the host of the COP 26 conference in Glasgow in December 2020.

Our party has won respect on this issue. Our councils have led in taking action locally. And we understand international governance.

Ed Davey’s work in government helped get UK emissions down to 19th century levels. That followed important work by Ed Miliband. (And you know what they say about two Eds….)

So I invite you to pass this amendment and enable our party to take the first step in equipping the world to tackle the climate emergency with the power and professionalism it demands.